Happy Hallerween: We Have Always Lived In The Castle by Shirley Jackson 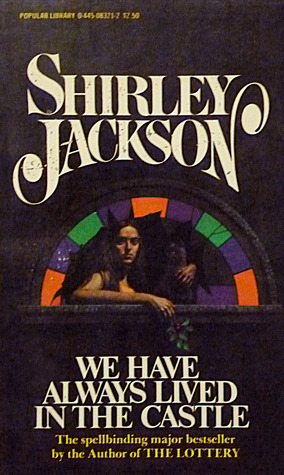 How to mix a Witch’s Brew…
Take:
“A weird tale of horror…with ingredients of hate and fear and trappings of witchcraft”
Add:
“Two sisters huddled up in psychotic solitude with an ancient uncle”
Stir in:
“A touch of gentle madness…a very special kind of sorcery and seduction”
Result:
This book: A brew of brilliant horror and suspense guaranteed to make you its next victim

That blurb is from the front matter of my copy of Shirley Jackson’s final novel, the 1962 We Have Always Lived In The Castle, a creepy, understated tale of terror that has a twinge of psychotic sweetness to it. Despite the implications of the above blurb, there is no real supernatural element to the story. Nevertheless, there is a weird magic taking place, even if it only exists in the mind of the protagonist.

Mary Kate “Merricat” Blackwood is a spooky eighteen-year old girl who spends her days idling away the time on her family estate with a precocious cat named Jonas. She lives with her sister Constance, who is ten years her senior and her invalid uncle, Julian. Merricat is happy to remain in the solitude of the Blackwood estate and only ventures out to the local village for the weekly grocery run. The three remain isolated because we learn that six years prior Merricat’s and Constance’s parents, as well as Julian’s wife, were killed by poison at dinner. Although Constance, who prepared the meal, was arrested for their murders, she was eventually acquitted of the crimes. Still, the rest of the townspeople look upon the Blackwoods with suspicion.

Despite this animosity from the villagers, the three live tranquil lives on the estate and Merricat is happy to keep it that way. In order to keep people away, she buries stuff like teeth and jewels, or nails stuff to trees to act as magical wards. This magic, of course, is just “magical thinking” and throughout the Merricat’s first-person narrative we get little hints about her tenuous grasp of reality:

Since Charles had taken my occupation for Tuesday morning I had nothing to do. I wondered about going down to the creek, but I had no reason to suppose that the creek would even be there, since I never visited it on Tuesday mornings…

That “Charles” she refers to is Charles Blackwood, a cousin who comes to visit their household. Seemingly intending to express his concern for his isolated cousins, Charles has more nefarious motives, as Merricat swiftly deduces. He is after the Blackwood fortune, but what is far more threatening to Merricat is Charles’ potential to turn their idyllic lives in solitude upside down.

We Have Always Lived In The Castle reminds me a bit of shows like The Twilight Zone and The Outer Limits, with its social criticism. In this case the real evil doesn’t stem from Merricat, but rather in the prejudice and fear of the villagers, who show their true colors in a frightening and detestable manner. We Have Always Lived In The Castle is a macabre classic, with a weird, sad sweetness to it and is a great October read. 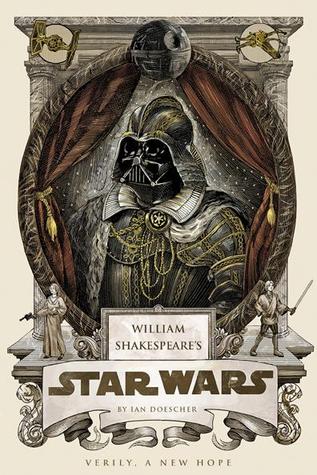 It’s not perfect, of course, and my first impression was that the novelty of the thing wears off fairly quickly. Also, I felt that, from a playwriting perspective, the thing might be a little difficult to pull off on the stage. What I mean to say is, it seems as if it were written without actual stage performance in mind and more intended to just be read. That might be the case, but I’m sure someone is thinking right now about putting on a production. That would be fun to see.

Despite the novelty appeal, William Shakespeare’s Star Wars is a definite labor of love. After all, line after line of iambic pentameter isn’t easy to write. And there are some great inside-joke nods to the Bard with lines like “What light through yonder flashing sensor breaks?” and an Imperial Stormtrooper version of Rosencrantz and Guildenstern. Doescher also speaks directly to us Star Wars geeks out here, mentioning bits that only fans would know (or care about), like whether or not Han shoots first.

Book-wise, this hardcover is a handy-sized 174 pages with some lovely ink illustrations that are meant to look like etchings I guess. Anyway, it’s a good-looking presentation.

William Shakespeare’s Star Wars is a lot of fun. It probably won’t do much for you if you’re just a Star Wars or just a Shakespeare fan, but for those who are fans of both it’s great.