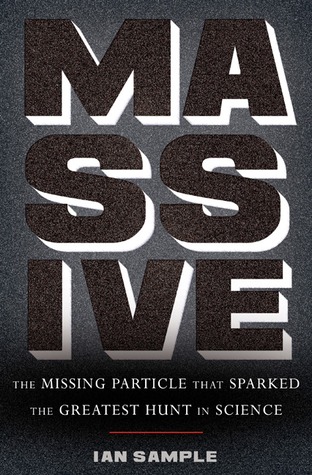 If you don’t know what the Higgs boson is (and you’re not a physicist) then don’t feel too bad. For us non-physicists, the concept is fascinating, but still rather obtuse. If you are a physicist and don’t know, then you may consider seeking a different profession because this has been one of the most, if not the most, compelling questions in science for the past forty years. Discovery of the Higgs boson could have profound ramifications on how we know our universe and even our very existence. The media has bestowed upon the Higgs boson the unfortunate nickname “the God Particle,” a name universally loathed in the scientific community for its pretense. Peter Higgs, one of the original theorists and for whom the particle is named, prefers to call it the “so-called Higgs boson,” recognizing, with characteristic modesty, that he was not the sole scientist who worked on the original theory.

Whatever you wish to call it, you’ll have to wait at least through next year for the big news. In 2012 a particle was discovered at CERN that is a likely candidate for the Higgs boson, but the Large Hadron Collider at CERN is undergoing maintenance and doesn’t come back online until next year. In the meantime, you have the opportunity to bone up on particle physics before then. A good way to start is with Ian Sample‘s Massive: the missing particle that sparked the greatest hunt in science.

First, just to make sure we are on the same terms, let’s talk about what a Higgs boson is. Now, as I mentioned, I’m no kind of physicist, but if I had to give a quick explanation (as I understand it) the Higgs boson is a theoretical particle that answers the question of why things have mass and why the universe is not a hot mess of energy zipping around in all directions. Here’s a little illustration I’ve stolen that explains it:

And here’s a self-test I’ve stolen from somewhere else to check if you do understand:

Now that we’ve got that settled, Massive is a surprisingly understandable and entertaining account of the search for the Higgs boson. Sample does an admirable job of making this concept something even I can understand (even if tenuously) and does so in an often dryly humorous manner. But even though the book centers around the Higgs theory and other related theories, the real story is about the scientists behind the search, the sometimes cutthroat competition and raging egos between them, catastrophic setbacks and the media, who does their best to misunderstand the concepts in favor of big headlines.

★★★★✩ (4/5 stars): Massive is an excellent account of the search for the Higgs boson, and the exciting part is that the search is on-going, with potentially significant results next year. Maybe most important is Sample makes science accessible and engaging and to wrap your mind around this stuff really makes you feel more in tune with the world around you and realize what an amazing thing life and the universe can be.

If I were to suggest improvements to the book, I’d add a section of photos. I like to connect the names of the scientists involved with faces and I think visual representations of the particles at play would help in a great way. Furthermore, a photo of a supercollider would certainly show more effectively how awesome these devices are. Lacking photos, I went to Google:

That is really something.

Despite the lack of photos or illustrations, Massive is fascinating and a must for science buffs. Originally published in 2010, try to find a newer copy published in 2012 with a new afterword by Sample and is more up to date.

Wolverine: The Best There Is— Not so fast, bub. 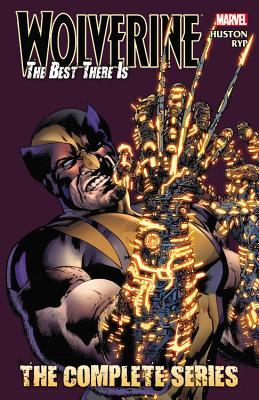 I’ve been a fan of Wolverine ever since I was but a wee nerd, spending my hard-earned 60 cents on The Uncanny X-Men issue #173. Comic prices may have gone up, times may have changed, but thankfully Wolvie is still “the best there is” at what he does…and what he does “ain’t pretty.” I remember getting all excited when Wolverine and the X-Men made an appearance on the cartoon Spidey and His Amazing Friends, but now we have movies with Wolverine! And Hugh Jackman is probably the best actor for Logan there could be (even though he’s too tall). Yeah, Wolverine is a bad ass. But Wolverine: The Best There Is isn’t. The best there is, that is.

Charlie Huston writes and Juan Jose Ryp illustrates this tale in which Logan is captured by a psychotic asshole named Contagion who is collecting super-types with survivability powers. As we all know, one of Logan’s mutant powers is fast healing (case in point, remember when the Silver Samurai sliced through Wolvie’s torso, only stopping because of his adamantium-fused spine? If you can remember this, respect, my fellow comic nerd). Contagion also has some obscure super-types helping him, like Madcap and Yi Yang (remember her? Yeah, neither did I. I think she only appeared in Marvel UK books around thirty years ago) and is trying to save his son who is horribly afflicted with some kind of sickness. Thus, Logan, with his exemplary regeneration powers, becomes the subject for Contagion’s sadistic experiments.

Well, that’s basically the start of it. It goes on, but who cares? I expected more from Charlie Huston, but this Wolverine story arc (twelve issues of it…geez) just wasn’t very good. Logan had little personality beyond the stuff he’s known for and he was generally ineffectual here. This is not the Wolvie I know. It seemed like Huston let Wolvie’s agency in the story take a back seat to all the stupid supporting characters who no one cares about. Despite all the “action,” it was boring.

Speaking of “action,” this was the bloodiest, goriest Wolverine comic I have ever read. I know that Wolverine is a violent character and I’m not averse to gore when it has a purpose, but this was just ridiculous. This was like a horror show, like if Wolverine was in a Saw movie. There were times I wondered if I was reading a Wolvie comic or the super-gory Faust. Heads are decapitated, limbs are severed, guts are puked out, there is blood everywhere…but for some reason the profanity is replaced with “#######,” as if letting a “fuck” or “shit” slip by is going to offend someone after seeing a blood soaked Wolverine impale Yi Yang with his claws (and she gets off on it!). It’s just dumb.

While Ryp’s art has a certain distinctive style, I don’t think he’s a good fit for Wolverine. I particularly hated the way he drew his face and could not maintain correct height proportions (yes, I am a nerd, but this is canon: Logan is 5’3″ according to OHOTMU. In another title I may have enjoyed Ryp’s art more, but for this title it just wasn’t a good fit.

The verdict: ★★✩✩✩ (2/5 stars). Wolverine: The Best There Is is sadistic, ridiculous and boring. Just because Wolverine can recover from anything doesn’t make torturing him fun to watch. But to make matters worse, Wolverine is pretty lame here and settles with being carried away with the plot rather than kicking the plot in its ass. I expected better from Charlie Huston, but maybe he’s just not a comics guy. Ryp’s art saves this from being a 1-star production. Even though I didn’t care for it here, I can tell he’s got some drawing chops. Wolverine: The Best There Is is not even close to the best. I’d pass.